Four Factors That Are Altering Online Advertising Right Before Our Eyes

What events, processes and trends are driving the online advertising industry in 2020? Where will they lead? And is there any salvation from countless cookie notifications?

The Primary Event is the COVID Pandemic

Like any other market right now, online advertising is in crisis.

Most industries have cut ad budgets to a bare minimum, market volumes have dropped significantly, tourism and entertainment have gone far into the red. If advertisers happened not to abort deals at all, they went programmatic. 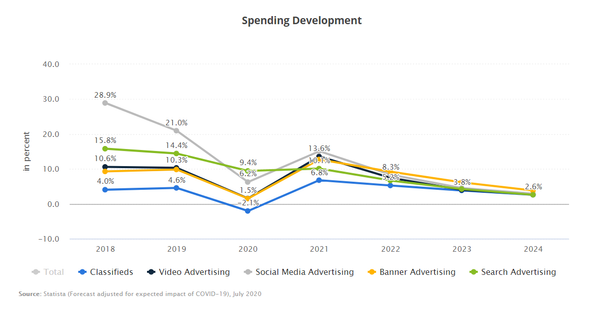 However, an auction model does not allow advertisers to know where ad creatives are going to show up in advance. Therefore, just to be sure, they have stop-listed everything related to coronavirus, and then BLM. That essentially means they have deprived content attracting the most traffic of monetization altogether.

General traffic volume has grown at a record pace under quarantine, but this does not help publishers. Despite a great deal of page views, no one is left to buy inventory, so not only have the number of sales plummeted, but also the remaining impressions’ eCPM. As a result, many businesses and independent media outlets had to cut their staff or even close down.

Although direct deals were first to be turned down on the money-saving grounds, we think the market needs them more than ever:

The situation has been improving, but we are still a long way away from the pre-crisis level. Programmatic feels the most upbeat, reaching January 2020 numbers - the lowest month in terms of sales. It has got to a point when nobody even ventures to guess how quickly the market will recover.

Under such circumstances, the problems that previously cost the industry billions of dollars every year now seem even more ominous. Let’s talk about them.

Trend #1: Transparency is the New Black.

Here we are talking primarily about programmatic: ecosystems, transactions, intermediaries.

In 2016, The Guardian bought their own inventory through programmatic and found out that in some cases only 30 pence returned from every £1 spent. At the time, every thematic media trumpeted about it, and The Guardian even planned to sue the vendor, but they finally settled it.

Four years forward. The Incorporated Society of British Advertisers published the results of a programmatic channels study this May. They wanted to examine the number, cost, and value of each supply chain link. Overall, 15 advertisers, 12 agencies, five DSPs, six SSPs, and 12 premium publishers volunteered. The inventory was purchased by the disclosed model, which implies that vendors do not hide their fees. Should have been easy, right?

The analysis was done at the campaign and impression level. ISBA managed to match the seller and the buyer for 31m (12%) out of 267m impressions only - such was the poor data quality. Moreover, it took more than a year just to collect these data:

The laboriously acquired data sheds some disappointing results: only a median 51% of the advertisers’ bids reaches British premium publishers. 15% of ad spend disappears without a trace somewhere between DSP and SSP - that’s a one-third of the overall supply chain cost. Most likely, that money was also put to work; we are talking about the premium programmatic sector after all. But the fact remains: no one knows what this 15% was spent on.

What can be done about it? ISBA calls on the industry to agree on

and to jointly adopt these standards across the entire market.

However, even if successful, this process would last for years. So it is nice that one can make their life a little easier already now:

Trend #2: the Government Embarked on the Market Regulation

GDPR and CCPA - those were just a taste of things to come.

Western governments have taken up the issue of monopolies and are not going to back down. Though we are yet to hear about substantial proceedings following the US Congress hearings in Jule, they are sure to come. The United States will try to curtail the power of GAFA, whether by sanctions or voluntary (not really) actions of the monopolies themselves.

The very 2016 hearings on Facebook’s neglect of political advertising contributed to a revision of Section 230 of the Communications Decency Act.

Up until now, this law has been exempting platforms from liability for third-party content - comments, advertisements, posts on social networks. But with the upcoming US presidential elections, this will almost certainly change: both parties are preparing projects to abolish/restrict the law. How platforms can control ads’ content received through RTB is an open question.

Why now? The GAFA practices have been questioned long before, but it is now when Amazon’s profit has grown so shamelessly high while the entire economy is tanked. Google’s revenue has dropped (and remained astronomical), but that won’t change the fact that their ecosystem is choking on the open web. Apple is also firmly on the road to an impenetrable closed ecosystem.

What does this say about the industry? It has generally been taken for granted that GAFA has been dominating the market for many years. There is no other ad network as comprehensive as Google’s. You cannot connect with the audience more closely than through Facebook.

The trouble is that it is no longer possible to compete with them on equal terms, even if your service is better. Simply scale-wise. The mere tenth of the advertising world’s McDonald’s reach is unattainable, even for a twice three Michelin-starred restaurant.

It seems to be the only viable strategy for large publishers to zealously hold onto their audience unique data, build a walled garden, go all in-house - earning by high cuisine. It is fine per se, but then what kind of open web and transparency can we talk about, if only many closed scattered digital islands lay ahead, each with individual standards and clinging on much too precious data?

Hope that the regulators vs monopolies battle won’t wound the rest too much.

Сontent personalization has been long ruling the media, and advertising content is no exception. The inventory cost is determined by the audience knowledge depth, almost more than by the publisher reputation. But the more personalization tech is advancing, the greater the demand for data privacy is growing.

While the desire to keep user data intact is reasonable, it conflicts with the monetization models that still rely on that data. How to befriend them?

One approach implies that getting rid of third-party cookies as such is suffice. This is the path that Firefox and Safari followed. Pros: the user does not have to worry about tracking, nor have they to go into the browser settings. Cons: websites’ ad revenue generated from Firefox and Safari is 50-80% less than from other browsers. Fortunately, the market share of these strict browsers is not large enough to seriously harm the existence of free content. 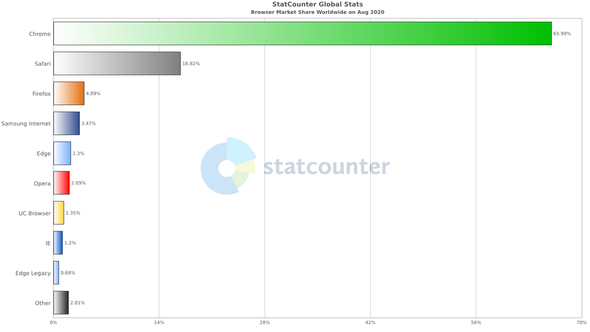 A recent investigation by the UK government’s Competition and Markets Authority only confirms that blocking third-party cookies will cost publishers 70% of short-run revenue.

It’s too late to reject personalized ads. Its niche is larger than contextual targeting’s one because it performs better. Therefore, there is no way to ban tracking painlessly and keep the content available to everyone - the income of publishers will suffer too badly. Either an alternative to cookies is needed, or new rules for handling cookies.

The first option is now being actively considered at the behest of Google. As you know, the corporation is going to block third-party cookies somewhere in 2022, and instead offers, in particular, targeting by anonymous cohorts of interests. Obviously, it is supposed to be up to the browser to distribute users by cohorts and decide on an ad displaying. The W3C is currently discussing the project.

The second option has already been partially implemented with government help - the GDPR in the EU, the CCPA and its potential revised CPRA version in California. An essential difference from previous approaches is that the user actively manages their data.

More deliberate platforms allow you to customize your tracking parameters. But clearly few people have the time and patience to set up cookies on every website they visit. Besides, not everyone understands what these settings mean. So now the publishers have also to educate users.

Let’s summarize. Changes have been brewing for a long time, and the industry needs them, even if it’s hard to adjust to them. The crisis leaves no choice but to adapt, anyway. Everyone’s primary and universal objective is to survive this crisis and get used to the new normal.

It’s time to come to the table.